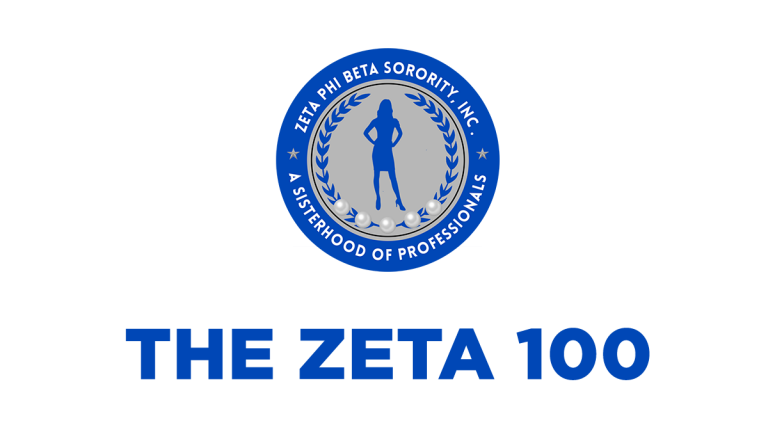 The Zeta 100 is a unique collective of sorors, spanning every profession, chosen for their career accomplishments, leadership, and dedication to their fields. This initiative promotes networking opportunities and highlights the excellence of our sorors, while inspiring and empowering the next generation of Zeta leaders.

First and only African American Female Special Agent in the Criminal Justice Division of U.S. Customs, Detroit, Michigan from 1994-1999.
The only Female Senior Special Agent, African American, in the Investigative Branch of the U.S. Department of Agriculture, Office of Inspector General (OIG) Southwest Region, Located in New Orleans, LA. Moses earned many accolades including her proudest commendation of becoming a Marksman Shooter and her assignments traveling across most of the United States and Canada. Cross designated Agent with U. S. Secret Service, provided security for Former President William Jefferson Clinton.

First person in my family to earn a doctoral degree.

I was part of the team that helped push for the Cash Bail Ordinance in the City of Atlanta. Essentially, a team of lawyers, professors, activists, and community leaders came together to draft legislation to help limit the practice of cash bail in the City of Atlanta. After serving as the volunteer coordinator for the Mother's Day Bail Out in the summer of 2017, I was pulled into the team to discuss how to take the bail-out action further. We purposely provided research and language to draft an ordinance that would focus on allowing those who are arrested for crimes that are non-violent and associated with homelessness to not have to sit in jail simply because they could not pay their bail. The ordinance was passed unanimously on February 5, 2018.

Because I am only a law student, there are firsts that I hope to see in my future. Currently, I am the only Black person to be appointed to the Florida Moot Court Team during the 2019-2020 application cycle. I would have to research, but if I become the president of this moot court team, I could possibly be the first Black woman provided that honor. Whether it is the first Black female partner at a firm, the first Black female District Court judge in my federal jurisdiction, or even the first Black female national politician coming from my area - I know my future is bright, and I am positioning myself in such a way to put Zeta and young Black female powerhouse attorneys on the map.

Trained and motivated three Soldiers to win Battalion and Brigade Soldier of the Month and Quarter respectively while supervising staff of five and conducting daily mission operations in an Air Defense Artillery Command. Maintained superior physical stamina and relentless attitude towards physical conditioning by always scoring above a 300 on the physical fitness exams. Responsible for $85,750 worth of equipment and property without loss or damage; maintained strict accountability at all times. Hand picked by the Installation Command Sergeant Major to assume the duties and responsibilities as the Secretary to the General Staff/Command Group Noncommissioned Officer in Charge. Ranked number 2 of 42 United States Army Recruiters; achieved 116% of assigned mission; and trained Station consistently during production meetings to achieve 100% volume year to date.